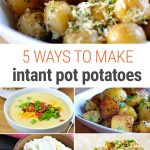 Learn five tasty and nutritious ways to pressure cook potatoes in the Instant Pot for a side dish perfection in record time: whole or diced, mashed, roasted or baked, in salads or in soups.

Let’s not kid ourselves: potatoes are a favourite food amongst many. From even the fussiest children to plant-based eaters, to omnivores and adventurous paleo dieters, the potato is a staple in any kitchen.

The spud is undeniably delicious, nutritious and you can make so many dishes with it. As a bonus, they’re also rather affordable, and they come in so many different varieties! We’re also talking sweet potatoes here.

Not only are they tasty, but their wide range of subtypes provide us with an easy way to curate beautiful dishes. They come to life with just a sprinkle of salt and olive oil or butter, but there are so many ways to make magic out of potatoes.  The Instant Pot just makes it easier, with quick cooking times and inventive recipes. Today, we have five insanely tasty ways to pressure cook potatoes in Instant Pot to perfection. 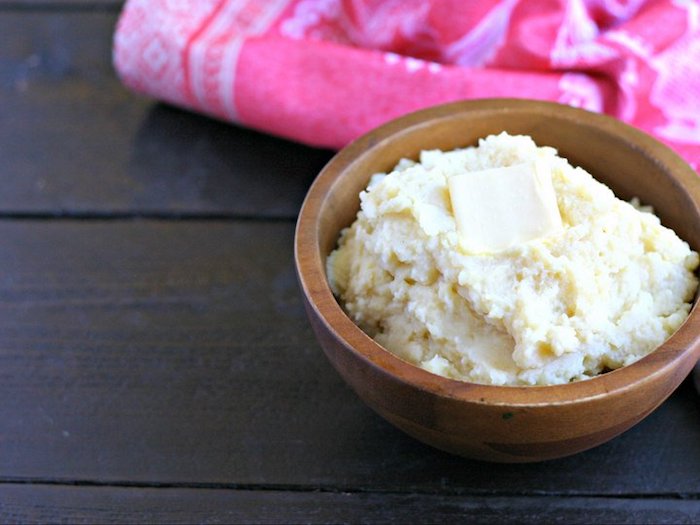 Mashed potatoes make most things better. It’s a lovely base to soak up a delicious sauce from hearty beef stew, or they pair well with steamed veggies and plain meat. Mashed is a great way to get that creamy, dreamy texture that everyone swoons over.

You can also try: 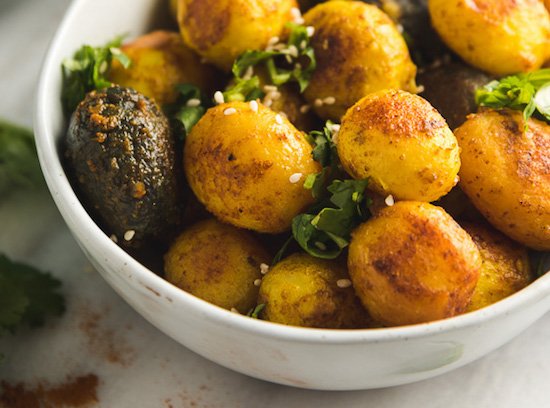 One look at a perfectly cooked batch of whole roasted potatoes and you might just be drooling a little. We don’t blame you! Generally speaking, a perfect roasted potato – especially uncut or unwedged – takes a bit of patience. While the process is hands-off since you’ll just pop them in the oven, the pressure cooker cuts that time mostly in half.

You can cook whole potatoes through in the Instant Pot and pan-fry them quickly for that perfect, golden brown outside in your fat and spices of choice. Get the recipe from The Omnivore’s Cookbook.

You can also try these roast potato recipes:

Once again, it’s certainly not rocket science when it comes to baking a potato. It’s pretty much failproof in the oven, but the caveat is the amount of time it takes to cook all the way through.

Many of us like to have some potatoes or sweet potatoes cooked and ready to go for other recipes throughout the week, or as an easy side dish for dinner. You can stuff baked potatoes, you can butter them, or you can use the filling for mash. The point we’re getting at here is that you can toss a few whole potatoes in the Instant Pot and have ’em ready to go for your batch cooking needs. Get the recipe for perfect baked spuds every time from Pressure Cook Recipes.

You can also try:

Potato salad is doubly simplified in the Instant Pot because you can also cook the other vital ingredient – hard-boiled eggs – at the same time. I know, I know – it’s a miracle. This potluck, party and picnic favourite comes together in no time in the pressure cooker so your last-minute meal contributions won’t be nearly as stressful in the future! It takes just four minutes to whip up the ingredients, and the rest can be found in your fridge. Get the quintessential potato salad recipe from Rachel the Riveter.

You can also try these potato salads: 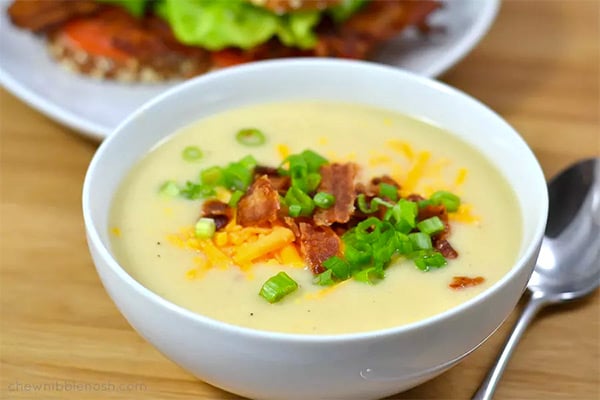 Potato soup is one of the ultimate comfort foods, but it’s often a pretty heavy dish! With the combination of potatoes, cream and cheese, it gets pretty rich and it’s not so nice on everyone’s tummy. In any case, it can be made rather healthily so, especially with a combination of less-starchy cauliflower which lends itself well to that classic, creamy texture you’re after. We love this Instant Pot loaded potato and cauliflower soup with bacon recipe from Chew Nibble Nosh.

You can also try these Instant Pot potato soups:

What’s your favourite way to eat potatoes? We hope you found some good ideas to put your Instant Pot to good use in this roundup! Share on Pinterest from here.