My name is Alex, and I’ve owned an Instant Pot since 2015. I was invited to contribute a review of my much loved pressure cooked for the Instant Pot Eats website, and I was happy to oblige. If you’re new to the idea of Instant Pot and pressure cooking, make sure to check out this article. Otherwise, here is how it all started.

One year during the holidays, I was surprised to receive not one, but two Instant Pots by mail. Besides knowing some really generous people who know what I like to do (cook!), I was immediately excited to use my gift. Like a little kid on Christmas, I opened the box expecting immediate gratification. I wanted to play with my new toy right this second! There is a small learning curve with the Instant Pot, but it’s certainly not inaccessible. 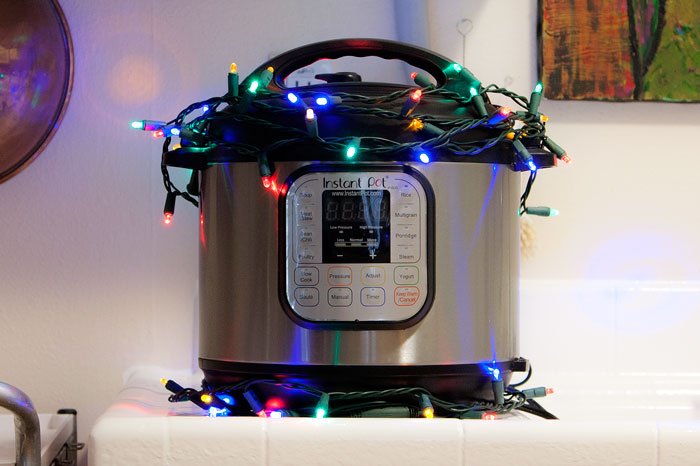 With its neatly labeled buttons and intuitive interface, I found myself whipping up some tasty recipes without having even opened the manual. Later, I found that the manual is actually incredibly helpful, and I really appreciated the ‘cooking times’ chart, which I promptly hung on my refrigerator and referenced often.

After some perusing of the world wide web, I swiftly learned the pressure cooking lingo and became well-versed in adapting recipes from the slow cooker to the pressure cooker. I learnt useful basics like ‘boiling’ eggs and cooking large batches of poultry to use in many dishes throughout the week. I was no stranger to making bone broth, but for the first time ever, I was pleasantly surprised that my broth gelled! It was truly a remarkable milestone in my tiny kitchen and it didn’t take 24 hours.

Speaking of a tiny kitchen… I found that the Instant Pot fit quite effortlessly into my rather small space. At the time, I lived in a medium-sized city and rented out an apartment. If you’re accustomed to apartment living and you like to cook at home, you know how precious every square inch is! I tucked away my rather large crock pot since the Instant Pot has a slow cooker function, and in its place stood the new-and-improved ‘replacement.’ Since it’s so multi-faceted and serves so many functions, the space it took up was hardly a burden because I used it so often. Bonus: it’s also so easy to clean! Using just one pot for most recipes means only having to clean one pot. I was REALLY into it, guys.

Seriously – I think I turned on the oven or stove once or twice in the first two months of owning my pressure cooker! You might attribute this to the ‘honeymoon phase,’ but I knew our love was everlasting. Over one year later, I still hold my Instant Pot on a pedestal, but only because it is well-deserving of the praise. 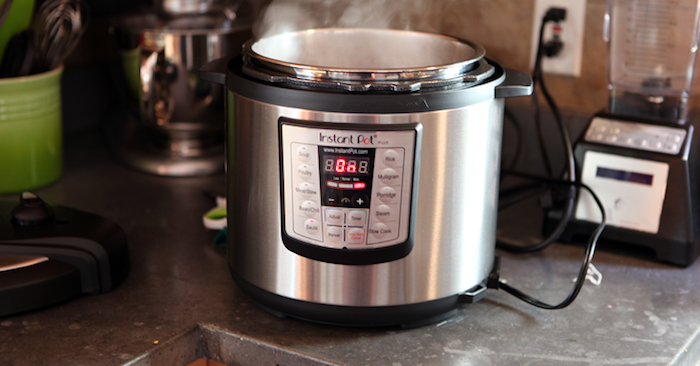 One of the most unexpected benefits of owning a pressure cooker was my desire and newfound ability to step outside of the box. For example, I had never cooked beef tongue before. If you’ve ever stood with a beef tongue in your hands having never cooked one before, the intimidation factor is definitely present! Lamb shanks? Not a problem! Oxtail? Let’s pressure cook it. My Instant Pot restored my cooking confidence deep, deep within, and I might as well have been Martha Stewart for the day.

Finally, the most obvious benefit was the amount of time (or lack thereof) that it was taking to serve up delicious, hot food when I wanted it. Pulled pork was no longer a day-long affair, and my beef stew could be eaten at dinner time even if I forgot to prep it straight out of bed in the morning. Classic recipes that I relied on to carry me through the week were coming together in record time. Batch cooking was made simple, and even simpler because I now had TWO pressure cookers. 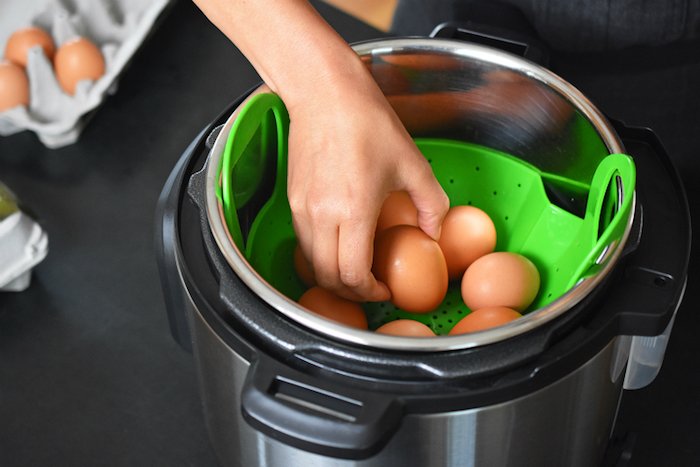 My favourite things to make in the Instant Pot are probably applesauce, sweet potatoes and hard-boiled eggs. You might be thinking, “But those things are SO easy to make already.” It’s true! That’s the thing, though; the Instant Pot actually makes it easier. Boiled eggs peel effortlessly, sweet potatoes are perfectly cooked in far less time than the oven, and the apples practically mash themselves. I think this truly speaks to the Instant Pot, and how it can be used in every cook’s life – from the amateur to the iron chef.

One of the only downsides – which is better described as a learning curve – is steaming vegetables. Some recipes will call for you to add in non-starchy veggies (think brussels sprouts, carrots, broccoli, cauliflower and green beans) later, and this is vital! I’ve turned plenty of veggies to mush in my Instant Pot. When the recipe says steam for 0 minutes, it means it!

I’d like to say that I don’t know where I’d be without my Instant Pot. At the time, it really revolutionised my cooking experience, and having it handy ever since has made cooking both more fun and easier than ever.

Is it worth the money? I got mine as a gift, but I would say absolutely YES. It’s a small investment that will pay you back in more ways than you can imagine.

Is it safe? Yes, I’ve never had any problems, but make sure to read the manual and safety tips before you turn into an Instant Pot aficionado.

Who would you recommend it for? Anyone and everyone who wants to whip up tasty and healthy meals quickly and with ease, especially those who: have little time or energy, are on a budget, or have small kitchen space or no stove (college and university students, I hear ya!).

You can get the Instant Pot on Amazon or in your local kitchen/department store. Check out Instant Pot official website for more info.